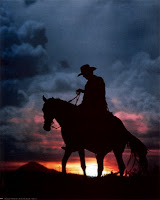 Thomas Hoenig, head of the Kansas City Reserve Bank, is truly a new Fed superstar. I encourage all of you to read his recent speech in Santa Fe, New Mexico, where he calls for an immediate tightening of the federal funds target rate to 1 percent in order to prevent the build-up of financial imbalances that could create another credit-bubble boom that in turn will wind up as another credit-and-financial bust.

In other words, get ahead of the curve, instead of staying behind it. Slam down the threat of future inflation. To use Mr. Hoenig’s words, put the market on notice that it must again manage its risk, and be accountable for its actions. Stop relying on the Fed’s easy money. What great advice.

I’d like to go a couple steps further. First, the biggest problem with the Fed’s easy money in the 2002-05 period — which set the stage for the boom-and-bust cycle — was that rates were held too low for too long. In those days, Alan Greenspan called it a “considerable period.” Today it’s called an “extended period.”

Second, the Fed back then had something called a slow, measured pace. Remember that? That meant the Fed was telegraphing to Wall Street these small, teensy-weensy, incremental, quarter-percent increases in the fed funds rate. That, of course, meant it took the Fed several years to get back to normalcy. And it promoted excessive leverage and risk-taking.

I want a different regime. I’m calling it cowboy monetarism. What do I mean by that? I want Wall Street to be scared to death of the Federal Reserve. I don’t want them lying around in bed with the Fed — I want them running scared.

Let me give you an example: Back in the 1980s, Ronald Reagan was often referred to as a cowboy in his tough dealings with the Soviet Union. Well, guess what? As we learned later, the Soviets were in fact very scared of Reagan’s toughness in the Cold War fight against communism. So I want Wall Street to be just as afraid of the Fed as the Soviets were of Ronald Reagan.

And when the Fed does finally move — and it ought to move soon, as Mr. Hoenig says — it shouldn’t do so in a teensy-weensy, quarter-point manner. It shouldn’t tell Wall Street what it’s doing every minute of every hour. It should surprise the Street with large, unexpected rate hikes like 75-basis points, or even 1 percent changes.

This would force curb Wall Street’s propensity for large risky bets. It would keep traders honest. And it would put the kibosh on a new credit boom and bust cycle.

Look, I want the Fed to be thought of as a cowboy; you never know what it’s going to do. Think John Wayne. I want both guns drawn, pulling the interest-rate triggers. If the Fed does that, then it’s possible we can stop another credit bubble.

Sometimes being tough and unpredictable is the best monetary medicine. Cowboy monetarism. That’s my take.
Posted by nden at 1:56 PM