Dexia and the European Wake-up 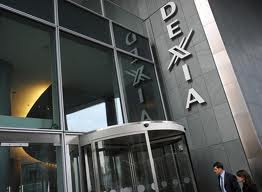 Yesterday’s massive 330-point stock market rally was generally linked to an expected Merkel-Sarkozy summit in a couple of weeks to nail down a new European rescue plan for bad government debt and troubled banks. But I think the more immediate cause of yesterday’s rally was the news that European leaders are rescuing the underwater bank Dexia. This bank-rescue mission looks to me like a new model to save all the European banks from the risk of catastrophic meltdown and contagion.

There are some key principles in the rescue -- nationalization, good-bank/bad-bank breakup, asset sales, and long-term guarantees of bank deposits and liabilities -- that could make Dexia a seminal event if it is saved. And it appears as though the authorities are road-testing the rescue as a model for bigger banks that may be in deeper trouble.

I am especially interested in the deposit and liability guarantees. I think these will be part of a big Euro-TARP capital-injection program based on the EFSF rescue fund of the ECB and IMF. In other words, like the FDIC, Treasury, and Fed guarantees of all bank and money-market funds in late 2008, the Europeans may do likewise as Greece defaults. The rescue funds will then support the banks, probably inject some debt capital or preferred shares, and then with those guarantees have the banks raise private-equity capital in the marketplace as soon as possible.

Dexia looks to me like the first example of the European wake-up. As such, it triggered a big bank-stock rally which led to the overall market rise.

One thing I don’t favor is a bailout of the sovereign countries. Greece should default, at least in a structured way, with large bond haircuts. Portugal, Italy -- they should not be bailed out. But the banks will have to be bailed out, as distasteful as that may be, in order to avoid a global catastrophe.

This is where the troika support is necessary, and the principle of guaranteeing all deposits and liabilities will be very helpful.

A final thought: I am persuaded that the ECB should cut rates and move to quantitative easing as part of the solution to the deep financial stresses that are pulling down the European economy. And I have a sneaking suspicion that Ben Bernanke will move to QE if the ECB does, even though it hasn’t worked up to now. Maybe this talk of pouring in money to raise nominal GDP will be the Fed’s new raison d’être.

But if the ECB runs a big QE to pump in liquidity (following the Bank of England), then the dollar is going to keep shooting up, imparting deflationary pressures on the U.S. economy that we cannot afford.

Whether Bernanke thinks in these terms remains to be seen.
Posted by nden at 5:23 AM