No Reason for More Fed QE 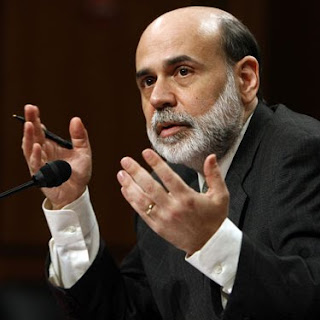 The Fed is meeting Tuesday-Wednesday on monetary policy. The FOMC statement will be released at 12:30 p.m. on Wednesday, and then Ben Bernanke will have a news conference at 2:15 p.m.

With both real GDP and inflation at 2.5 percent, there doesn’t seem to be much of a case for new Fed quantitative easing. While unemployment is high, that’s a function of regulatory and tax obstacles -- certainly not tight money. Both QE1 and QE2 have failed to bring down unemployment. There’s a lesson there.

The real side of the economy is governed more by tax and regulatory policies that either create new incentives for growth or take those incentives away. And massive spending stimulus threatens higher future tax rates -- a disincentive for growth and job creation.

The monetary-policy lever affects the level of prices and the inflation rate, along with the dollar’s value. But money has no permanent impact on jobs and growth.

Now here are some interesting statistics. Believe it or not, business loans are picking up. According to the Fed, commercial and industrial loans by banks to business have increased 16 percent annually over the last 13 weeks and 11.9 percent annually over the last 26 weeks. So some expansion is going on out there. And that’s what the strong business capital-goods-investment numbers showed in Q3 GDP.

Here’s a second stat. Over the past year, the M2 money supply has grown at 10.2 percent while C&I loans have increased 9.2 percent. So as credit is expanded to business, the deposit base of the banking system is also expanding. And as those $1.6 trillion in excess bank reserves on deposit at the Fed are put to work, credit expansion is going to be that much stronger.
Posted by nden at 5:22 AM