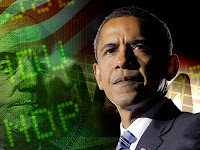 With a bad-blood, confidence-destroying battle royale going on between Team Obama and business, you would think a highly publicized White House jobs summit would have produced some kind of positive announcement that gives a nod to the business point of view.

After all, as part of his so-called "business charm offensive," the president is arguing that "it's the private sector that has always been the source of our job creation, our economic growth and our prosperity; and it's our businesses and workers who will take the reins of this recovery and lead us forward."

He also says "the free market depends on a government that sets clear rules that ensure fair and honest competition," and that "too much regulation or too much spending can stifle innovation, can hamper confidence and growth, and hurt business and families."

But uncertainty over the regulatory-and-tax rules of the road is exactly what has buffaloed business and stifled the animal spirits that are so necessary for investment and job creation.

The clash between business and the administration has become the high-drama news story of the summer. Business leaders have slammed the White House over policies they regard as hostile to jobs, including taxes, trade and all manner of new regulations. And amidst a subpar and virtually jobless recovery, their grievances have resonated with the electorate.

A clear majority now thinks the president is "too liberal" to govern effectively. In one poll, an astonishing 55 percent say Obama's a socialist. It seems the more the CEOs blast Obama for being anti-business, the more the president's poll numbers drop.

It was no surprise when Tom Donahue of the U.S. Chamber of Commerce held a jobs summit that slammed the White House. But after calling in Bill Clinton to help with the business CEOs (and Obama's pal Warren Buffett), it was a great shock when the White House could only manage to send a letter from Valerie Jarrett, a supposed Obama business-staff adviser, and Rahm Emanuel to the Chamber expressing disappointment at the public complaints of the business community.

The fact is, major corporations are sitting on a near $2 trillion cash hoard that along with rising profits could become the greatest private-sector stimulus plan ever. Banks are also stockpiling cash -- about $1 trillion in excess reserves that could finance the greatest job-creation program in history. Three trillion dollars of private money dwarfs the piddling $50 billion in deficit-creating taxpayer money being debated on in Congress.

But all business is asking for is some clarity and certainty regarding government intentions, especially on taxes and regulation. Take, for example, the new 2,300-page bank-regulation bill, which spreads 243 new regulatory provisions across 10 agencies. No one really knows what's in this document, or what the unintended consequences will be. Until people figure this out, it could freeze bank lending for years.

The Obamacare health bill similarly includes tax hikes and regulatory overreach that not only adds to business hiring costs but could put a freeze on the expansion of one of America's most vibrant private-sector industries. Meanwhile, threats of EPA carbon regulations only add to the cost burden for business.

The business community also wants an acceleration of business investment-tax write-offs. Studies show that $1 of faster depreciation for investment in plants and equipment increases gross domestic product by nearly $10. Team Obama has granted this to the very tiniest companies, but won't universalize it for all companies.

This, even while the president concedes that business investment creates jobs. So why is the administration stubbornly opposing a tax incentive that could ignite dormant animal spirits and unleash a wave of job-creating investment?

The best thing to come out of the administration this summer was Treasury Secretary Tim Geithner's pledge to me in a CNBC interview to place a 20-20 limit on tax rates for investor capital gains and dividends. No one, most of all me, wants to see any increase in these tax rates. But at least the Geithner pledge means investment tax rates will stay low. The stock market took a turn for the better right after the interview.

The moral of the story? Federal taxes and regulations matter. Instead of demonizing business, Obama and his crowd should start listening and acting on the recommendations of our business leaders. Most of these people are not politically partisan. They're trying to do good for the economy and the country.

Frankly, they know more about this than the president does.
Posted by nden at 2:04 PM