Did the IEA Just Deliver a QE3 Quick Fix? 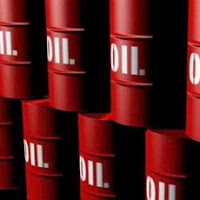 Did the International Energy Agency (IEA) just deliver the oil equivalent of QE3?

The decision to release two million barrels per day of emergency oil reserves -- with the U.S. covering half from its strategic petroleum reserve -- is surely aimed at the sputtering economies of the U.S. and Europe following an onslaught of bad economic statistics and forecasts. This includes a gloomy Fed forecast that Ben Bernanke unveiled less than 24 hours before the energy news hit the tape.

I wonder if all this was coordinated.

The Bernanke Fed significantly downgraded its economic projections, blaming this forecast on rising energy (and food) prices as well as Japanese-disaster-related supply shocks. Of course, the Fed head takes no blame for his cheap-dollar QE2 pump-priming, which was an important source of the prior jump in energy and commodity prices. That commodity-price shock inflicted a tax on the whole economy, and it looks to be responsible for the 2 percent first-half growth rate and the near 4.5 percent inflation rate.

Bernanke acknowledged the inflation problem, but he didn’t take ownership of that either. Reading between the lines, however, the Fed’s inflation worries undoubtedly kept it from applying more faux stimulus to the sagging economy with a third round of quantitative easing.

Somehow the new Fed forecast suggests that the second-half economy will grow at 3.5 percent while it miraculously presses inflation down to 1.4 percent. But the plausibility of this forecast is low. It’s almost Alice in Wonderland-like.

So, low and behold, the IEA and the U.S. Department of Energy come to the rescue.

Acting on the surprising news of a 60 million barrel-per-day crude-oil release from strategic reserves scheduled for July, traders slammed down prices by $5 to $6 for both West Texas crude and European Brent crude. That’s about a 20 percent drop from the April highs, which followed the breakout of civil war in Libya in March. In fact, both the IEA and the U.S. DOE cited Libyan oil disruption as a reason for injecting reserves.

Of course, most folks thought Saudi Arabia would be adding a million barrels a day to cover the Libyan shortfall. The evidence strongly suggests they have. So the curious timing of the oil-reserve release -- coming in late June rather than last March or April -- strongly suggests that governments are manipulating the oil price with a temporary supply add to boost the economy.

In theory, these reserves are supposed to be held for true national emergencies. But the real U.S. national emergency seems to be a political one -- that is, President Obama’s increasingly perilous reelection bid amidst high unemployment and the second-worst post-recession economic recovery since 1950.

So, will the government-sponsored oil-price-drop work? Will it fix the economy, by lowering inflation and speeding up growth? Well, it might, provided that the Bernanke Fed doesn’t bungle the dollar.

If Bernanke keeps his balance sheet stable, applying what former Fed governor Wayne Angell calls quantitative neutrality, it’s quite possible that the greenback will rise and oil and commodity prices will slip. In fact, ever since Bernanke’s first press conference in late April, when he basically said “no QE3,” the dollar had been stabilizing with oil prices slipping lower.

Bernanke is right to hold off on QE3; we could all be surprised with a stronger dollar. Then we could lower tax, spending, regulatory, trade, and immigration barriers to growth. If we did that, we wouldn’t need another short-run, so-called government fix, this time from the strategic petroleum reserve.

Lord save us from short-run government fixes. Haven’t we had enough of them?
Posted by nden at 6:38 PM