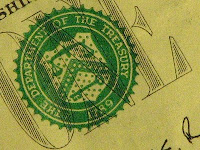 Amidst all of the fear, panic, and growing stock market doom and gloom, I’d like to offer an important silver lining. It’s a little piece of economic optimism. Look no further than the sharply rising U.S. dollar. It has completely stopped inflation dead in its tracks. In fact, as the headline CPI for April reported yesterday showed, inflation has actually slipped one-tenth of 1 percent. Some are calling it the lowest inflation reading since 1960. For the moment, we are witnessing price stability. Not inflation, not deflation, but price stability. Would that it would last.

For ordinary American consumers out there, this is called a tax cut. Gasoline prices have dropped 2.4 percent, despite the fact that we’re heading into the busy summer driving season. When was the last time gas prices fell heading into Memorial Day? So that’s a tax cut. Clothing prices dropped seven-tenths of 1 percent. Another tax cut.

Now back to the sharply rising dollar. King Dollar is always good. In gold terms, the dollar has been very weak, although I notice that gold in dollar prices is back under $1,200. However, the greenback’s surge relative to other paper currencies is depressing energy and other commodity prices. Guess what? That has additional tax-cut implications. In other words, amidst the V-shaped recovery, which includes huge profit gains, a mild commodity correction after a huge run-up is actually a good thing. It has a tax-cut impact for ordinary working Americans.

Sure, fears over the European debt crisis are still out there. I get that. But I’m reaching the point right now where all of this manic Chicken Little stuff is beginning to look overdone. Is it possible that there are too many fears about all those fears? I think so.

Look, I’m not a big fan of fear. I don’t like it one bit. And I do believe the Europeans will defend the euro as a currency — even though its value may slide more, it will not collapse.

But while I’m no better than anyone else at picking precise turning points, I’m actually beginning to wonder whether this recent stock market correction isn’t about to come to an end. King Dollar, price stability, strong profits, and a steep yield curve all suggest that there is good value in stocks after this correction runs its course.
Posted by nden at 2:27 PM