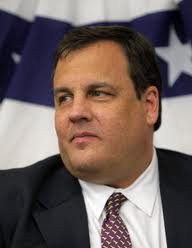 So, Gov. Chris Christie gracefully, elegantly, and forcefully decided to stay out of the race.

Fortunately, the logic was consistent with past statements these many months that he has a job to do in New Jersey, he can’t leave that job unfinished, and he’s not going to walk away from the people who elected him. He has a loyalty to the state of New Jersey.

No one will know that for sure, but if that’s what the governor believes, then he is right. I think he showed a lot of character in his news conference. And Chris Christie is full of good character.

So you can bet Governor Christie will be on the campaign trail fighting to make Obama a one-termer. He’s not going to endorse in the GOP primary yet. But he’ll be on the hustings. I go back to what I think was the key point in Christie’s Reagan Library speech: Obama’s class-warfare, soak-the-rich policies are dividing the country, demonizing success, and sending a demoralizing message.

I hope Christie keeps the drumbeat going.
Posted by nden at 7:08 AM