Junk the Trigger? It's an X-Rated Option 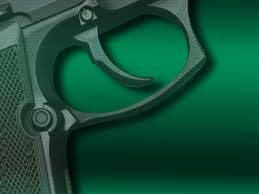 Instead of a super tax hike from the supercommittee, a much better option for the economy and budget-cutting credibility would be to implement plan B, which is the automatic spending-cut trigger known as sequestration.

The Wall Street Journal editorial on the sequester scenario shows a roughly $70 billion budget cut in 2013 and probably more in the future as the budget baseline is pulled down. A $70 billion cut would be one of the largest on record -- maybe the largest. It would show real budget discipline. And it is vastly superior to the economy-killing $500 billion to $800 billion tax hike supported by Democrats who oppose true tax reform that would lower marginal rates and broaden the base.

But both parties are quaking in their boots over the automatic budget-cutting trigger.

I interviewed senator and supercommittee-member Pat Toomey last night on CNBC. He has the best tax-reform plan, which would drop the top rate to 28 percent, bring other rates down, and limit upper-income deductions and exemptions. Unfortunately, Sen. Toomey’s plan does not at this point appear to have bipartisan support.

Nevertheless, Toomey told me that the automatic trigger has big problems. Specifically, he noted that half the trigger would be concentrated on defense. Then he said, “In the very unfortunate event that our committee were not to be successful, and I still hope we will, but if not, then I think we would have a very concerted effort to reconfigure the sequestration.”

Mr. Toomey’s Republican colleagues undoubtedly agree with this reconfiguration. But you can bet the Democrats on the committee will not. So the only way out would be the most irresponsible way out: junking the automatic spending-cut trigger altogether.

And that option would be a disaster for financial markets. Stocks would plunge. Think back to last July and August during the debt-ceiling debate. Junking the trigger would be a fiscal blight and would mean a sure credit downgrade.

For those who worry about the defense problem, leave it to a post-election Congress that could provide a supplemental to add back some defense spending if necessary. All the budget issues will be revisited post-election anyway.

But junking the trigger would be a fiscal calamity for the United States. It’s an X-rated option. Don’t even think about it.
Posted by nden at 5:39 AM