An Air of Willingness 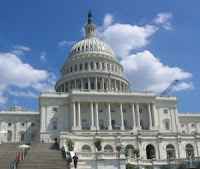 This debt ceiling deal is going to be a tough slog.

But I want to quote House Republican Majority Leader Eric Cantor, who told me on "The Call" Tuesday, "there's an air of willingness” in the debt talks with Vice President Biden.

And as you know from my interview with House Democratic Leader Nancy Pelosi, she is shifting to the center and told me that everything should be on the table to reduce the federal deficit. Those are her words and she said several times.

She also said that Speaker John Boehner's plan that every dollar increase in the debt ceiling must be accompanied by a dollar reduction in spending is "interesting”. She didn't trash it and that's important.

It's up to the Democrats now to follow through and put some spending and entitlement reforms on the table.

By the way, Ms. Pelosi joins Republicans in favor of pro-growth tax reforms, especially business tax reforms to lower the rates and broaden the base. This is positive.

I have no idea how this whole story is going to turn out. But I am reporting to you that there is some optimistic movement in the right direction by both sides.

We're going to go down to the wire.

But the possibility of lower spending and tax reform is pro-growth and could conceivably be a positive tonic for stocks this summer if a debt deal gets done.
Posted by nden at 10:26 AM