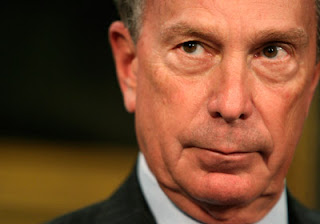 New York City mayor Mike Bloomberg, in a radio interview on Friday, warned that high unemployment could lead to widespread rioting. That’s right. He actually said that. At a time when European cities have suffered massively from hooliganism, and at a time when U.S. towns like Philadelphia and Kansas City have suffered huge human and commercial tolls from so-called flash riots.

For Bloomberg to come out with this statement is irresponsible and incendiary. But you know what? He’s got a personal agenda. This is a desperate talking point to sell Obama’s jobs plan, which Bloomberg favors as a solution to high unemployment and zero growth.

There’s a whole history here of liberals threatening riots if they don’t get their way. WABC radio host Mark Simone reminded me that back in 1994, Matilda Cuomo warned there would be race riots in New York if her husband Mario weren’t reelected governor in his race against George Pataki.

So now the liberal Mike Bloomberg is trying to go to bat for his pal Obama. And he’s doing so in a very clumsy and inappropriate way.

In fact, Bloomberg is pitching for the whole Obama jobs package -- the $450 billion stimulus plan and the $470 billion tax hike. The package is totally unpopular. A recent Bloomberg poll (how ironic) showed that voters disapprove of more Obama stimulus by 51 to 40 percent, and that 56 percent of independents oppose it. Other polls show that more than 60 percent of Americans disapprove of Obama’s handling of the economy.

Memories are long. The $800 billion stimulus package nearly three years ago didn’t work. So why do it again? Large dollops of government spending combined with temporary tax cuts do not promote investment or entrepreneurship, which are the true job-creators. Tax-rate incentives must be permanent in order to grow the economy. Digging holes for infrastructure may be necessary, but it’s no job-creator for the private sector.

And that $470 billion tax-hike bill, due in 2013, comes on top of other scheduled tax hikes, such as higher personal tax rates on successful earners and small businesses and the Obamacare payroll-tax increases that encompass investors.

The Wall Street Journal’s Steve Moore calls this a steep tax cliff. It’s exactly what the economy doesn’t need for the simple reason that business people today have at least a three-to-five-year time horizon when it comes to making decisions to invest and employ. They know a temporary-tax-cut red herring when they see one.

As a formerly successful entrepreneur, Mike Bloomberg should know this. But he supports Obama’s tax increases along with the rest of the futile stimulus package. And he has taken to the radio airwaves to support these policies in an incendiary and self-defeating fashion.

Some political insiders I spoke to believe Bloomberg desperately wants Obama to win a second term. They say the New York City mayor wants to be Obama’s new treasury secretary. Therefore, Bloomberg is hammering Republicans today and absolving Obama from taking any blame or ownership of the current economic mess, which has placed the nation on the front end of yet another recession.

Riots are not the answer to our economic problems. Promoting private-sector investment is. As Bloomberg well knows from his own experience, businesses create the jobs that provide incomes for families and consumers. And businesses require capital investment. But if we keep raising taxes on investment, we will get less of it.

The American economy will continue to stall until we get a right-thinking new administration.
Posted by nden at 6:12 PM