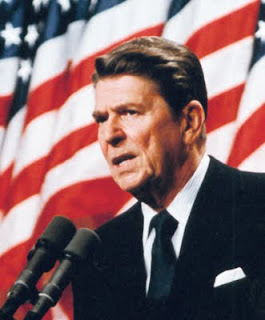 No sooner had President Obama shocked the political world with a gloomy economic forecast — projecting 9.1 percent unemployment for this year and a reelection-killing 9 percent for 2012 — than the dismal August jobs report arrived showing no gain in nonfarm payrolls. That’s right, no gain at all. Private jobs increased a scant 17,000, while hours worked and wages actually declined. Obama’s economic policies have failed.

Are we on the front end of yet another recession? This report alone suggests that we could be, although other data points disagree. But on the eve of President Obama’s so-called jobs speech, there’s a much bigger question here: Has the U.S. entered into long-term economic decline?

As a quintessential optimist who believes in American exceptionalism, I don’t even want to raise this issue. But the data tell me that I must.

For example, over the past ten years, the U.S. has actually lost jobs on a net basis. In August 2001, nonfarm payrolls calculated by the Bureau of Labor Statistics stood at 132 million. Through August 2011, payrolls stand at 131.1 million.

In fits and starts, a 4 percent unemployment rate has moved up to some kind of permanent 9 percent plateau. Following the Bush tax cuts of 2003, 8 million new jobs were created. But in the aftermath of the financial meltdown those jobs have disappeared. The so-called Obama recovery over the past two years has made no dent in this gloomy picture.

And through this whole period our economy has barely grown at a subpar 1.6 percent yearly rate for real GDP.

Meanwhile, the stock market — perhaps the best measure of our wealth and well-being — has essentially been flat for the past decade. And while the free-enterprise private sector has barely muddled along, the government has grown fat.

During the Bush years, the federal government increased from 18 percent of GDP to 21 percent. The debt went up $2.5 trillion, from roughly 32 percent of GDP to 40 percent. And now, during the Obama period, spending has moved even higher to at least 24 percent of the economy, while total federal debt has ballooned near 100 percent of GDP.

It’s almost a mirror image: The expansion of the public sector and the decline of the private sector. This is completely inimical to the American peacetime experience. And it forces us to think seriously about whether we are losing our world economic leadership. Are we? And if so, does this loss of economic leadership threaten our national security and foreign-policy stature?

And all while jobs, the economy, and stocks slumped over the past ten years, the dollar dropped 37 percent and gold increased by nearly 500 percent, from $250 to nearly $1,900 an ounce.

We don’t have the kind of inflation today that we experienced in the 1970s. But it is certainly worth noting that a collapsing currency and a skyrocketing gold price are key barometers of a loss of confidence in the American economic story.

And because most foreign currencies and gold denominated in those currencies have shown the same problems — paper money going down and the yellow metal going up — it’s not farfetched to suggest that America’s funk is leading the rest of the world in the wrong direction.

My key thought is that the U.S. in the last decade has adopted a wrongheaded policy of government expansion — primarily spending and regulating — financed by ultra-easy monetary policy and rock-bottom interest rates.

Tax rates haven’t moved much. But the whole tax system is badly in need of pro-growth flat-tax reform and simplification. However, the expansion of spending and regulating is robbing the private sector of its entrepreneurial vitality. Here’s the new fear: More big-government spending stimulus from Obama’s jobs plan. More EPA. More NLRB. More Dodd-Frank. More Obamacare.

And as the policy mantle for growth has swung to Federal Reserve stimulus, we are learning once again what Milton Friedman taught us 40 years ago: The central bank can produce new money, but there is no permanent production of jobs and growth from that pump-priming.

Big government financed by easy money is a lethal economic combination. It must be reversed. We should be reducing the regulatory and spending state while keeping money predictably stable (and even re-linked to gold). The supply-side nostrum that worked so well for 20 years, beginning with Ronald Reagan, was low tax rates, light regulation, limited government, and a hard dollar. Gold collapsed between 1980 and 2000 as stocks, jobs, and the economy roared. The last ten years? We’ve gotten the policy mix completely backwards. The results show it.

This is a Reagan moment. We need a new leader who can get the economics right and reverse our decline. Literally, for the whole world, nothing is more important.
Posted by nden at 6:39 PM