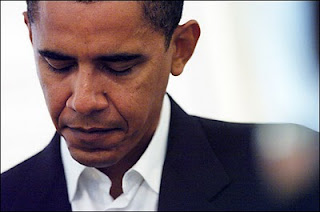 So just when everyone had concluded the Chris Christie matter — saying “Great speech at the Reagan Library, but he’s not gonna run for president” — the New York Post comes along with a story that says the New Jersey governor is seriously considering a 2012 run. Apparently the Reagan Library experience had a big impact on Christie, and others. He’s now being urged to go for it by Nancy Reagan, Henry Kissinger, former president George W. Bush, and former first lady Barbara Bush.

According to the Post story, even Christie’s wife Mary Pat is warming to the idea.

I don’t have anything to add to this in the way of a forecast. But it does give me a hook to weigh in on Christie’s speech. It was uplifting and inspiring. As many have commented, it was a Reagan leadership speech on exceptionalism, or “earned American exceptionalism,” as the Wall Street Journal editors put it. I agree.

There are a couple a points that I want to emphasize, though.

First, Christie gets the linkage between domestic economic growth, national security, and foreign-policy influence. This was an absolute key Reagan principle.

Reagan’s firing of the PATCO workers was heard around the world by the old Soviet Union. But it was Reagan’s tax cuts, limited government, deregulation, disinflation (with Paul Volcker), and free-trade policies that grew the economy by nearly 5 percent annually during the recovery period of the 1980s, with nearly 20 million new jobs added. That ultimately knocked out the Soviet Union. (Throw in deregulated oil prices, too. They decimated Soviet coffers.)

Second, at the Reagan Library, Christie talked about the New Jersey model, where in a tough war against government unions and teachers, divided government worked to reform the state’s pension and health benefits, cap property taxes, and hold down arbitration awards for union salaries. (Christie didn’t mention this, but he also stopped the millionaire’s tax in New Jersey.)

And while the governor said there was compromise on a bipartisan basis, and while he emphasized leadership in compromise several times in his speech, he noted that he balanced two budgets with over $13 billion in deficits without raising taxes.

In New Jersey, Christie has set an example for the U.S. Congress. What he seems to be saying is that compromises should occur in the spending areas, with particular emphasis on entitlements and a general curbing of the public sector. That’s a strong, positive message.

Third, Christie is a growth guy. He gets that. Numerous times in the speech the governor spoke about pro-growth tax reform along with entitlement reform and free trade. He came down on the side of the entrepreneur, not the government planner. And he said he’d opt for free-market reform in education. These are important policy markers if he decides to run.

Additionally, in what may have been the speech’s toughest passage, Christie blasted President Obama for dividing the nation along class-warfare lines: “Telling those who are scared and struggling that the only way their lives can get better is to diminish the success of others . . . trying to cynically convince those who are suffering that the American economic pie is no longer a growing one . . . insisting that we must tax and take and demonize those who have already achieved the American dream . . . is a demoralizing message for America.” (Italics mine.)

American economic psychology today is depressed and dispirited. It is, in fact, demoralized. And President Obama’s contribution as a divider is a key part of this demoralization. Not the only part. There are other culprits. But a key part.

I am not choosing sides here in the GOP primary. I am not endorsing. I am merely trying to report what I think is a very important political statement, one that should be incorporated into the various GOP campaigns and the national debate.

Governor Christie is holding President Obama responsible. No excuses. And that, by itself, is a big contribution.
Posted by nden at 5:32 PM