Jobs Tepid, Dems Out, Stocks Up? 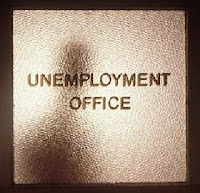 Friday’s unemployment report for September, the last before the election, brought more bad news for the Obama Democrats.

Noteworthy is the fact that stocks rallied a bit on the lackluster and tepid jobs numbers, pushing through the 11,000 mark. But more and more, it seems bad economic news illustrating the failure of Obamanomics becomes good news for stocks on the expectation of a GOP tsunami in November.

The unemployment rate itself held at 9.6 percent. It’s been over 9.5 percent for 14 straight months. Meanwhile, the marginally unemployed — or the so-called impairment rate (U-6) — jumped to 17.1 percent from 16.7 percent.

These headlines are political poison for Democrats. Voters are going to keep asking, What exactly did we get for a $1 trillion stimulus-spending package that puts us deeper in hock?

Overall, nonfarm payrolls fell 95,000 for September, largely from a drop in census workers and state and local government employees. Private payrolls increased 64,000, only a third of what’s necessary to sustainably reduce unemployment.

Average hourly wages were flat, as was the workweek.

Looking back, the jobs story was much stronger in the first four months of the year through April. But job creation has slowed markedly since then, along with the overall economy.

The household survey, which picks up small businesses, is the better story. This report has grown by 1.6 million jobs year-to-date (adjusted for census workers), or 178,000 per month. And in the payroll survey, corporate jobs have increased 863,000 in the private sector, coming to 96,000 per month. Yet both surveys most grow over 200,000 per month in order to truly dent stubbornly high unemployment.

There is no double-dip recession here. The recovery is probably advancing at about a 2 to 3 percent rate. But that’s a sluggish pace at best. We should be growing at least twice as fast.

Precisely because of the obvious failure of the Obama stimulus-spending program to adequately create jobs, the Federal Reserve is moving toward re-priming the pump. It’s the addition of yet another bad policy of dollar destruction to the first mistake of massive spending.

Think of it this way: The Fed is probably going to add another $1 trillion of new cash to the financial system. But as all those new dollars are created, the dollar excess sinks the greenback exchange rate. And that means investors will take the new money the Fed creates and drain it out of the U.S. financial system into more reliable currencies. Go figure Ben Bernanke’s logic.

The same thing happened between 2002 and 2006. The Fed was too loose for too long, the dollar fell too far, and all that cash fled the country, thereby undermining the Bush tax cuts.

Meanwhile, with today’s rapid rise in gold and commodity prices, a new inflation tax will be imposed on consumers and businesses. Bad for growth. Oil has jumped to $83 a barrel and gas at the retail pump is heading toward $3 a gallon.

And on top of all this, a world currency and trade war beckons. Treasury Secretary Tim Geithner is rapidly escalating the China-bashing rhetoric, as he blames the Chinese yuan for American economic woes. Shades of the 1930s. Neither the Treasury nor the Fed seems interested in defending the dollar’s world-reserve-currency status, or U.S. global economic leadership. And no one in official Washington seems interested in global-currency stability backed by a golden anchor.

But here’s the real problem. New numbers from the CBO show a 9 percent increase in federal budget spending for fiscal 2010. That’s about six-times the inflation rate. Astronomical.

Federal spending is now 25 percent of GDP, way past the historical norm of 20 percent. And the budget gap is $1.3 trillion. So how can you blame investors or businesses for asking this simple question: How high are my taxes going to go to finance all this?

Until this question is answered to their satisfaction, the job-creating engines will remain dormant. Obamacare is a massive tax and regulatory threat. And so is the spending and deficit problem. The Fed can pour all the new money it wants into the economy, but it cannot change any of this.

Then again, the elections can.
Posted by nden at 5:09 PM